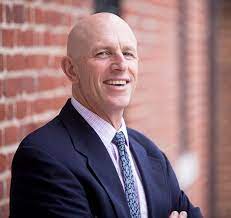 Abstract: There has been considerable movement over the last two decades to legalize marijuana at the state-level, initially for medical purposes and more recently for recreational consumption. Despite prior research, it remains unclear how, if at all, these policies are related to rates of opioid-involved overdose deaths, which have trended rapidly upwards over time and represent a major public health problem. We examine this question in two ways. First, we replicate and extend previous investigations to show that the prior empirical results are frequently fragile and that the inclusion of more comprehensive controls, longer analysis periods and more correctly defined dependent variables usually results in less favorable estimates, often including predicted increases in opioid deaths. Second, we present new estimates from difference-in-differences and event study models that incorporate more recent data, the extensions developed in our replication efforts and other improvements. The findings indicate that legal medical marijuana, particularly when available through retail dispensaries, is associated with higher opioid mortality. The results for recreational marijuana, while less reliable, also suggest that retail sales are associated with greater death rates relative to the counterfactual of no legal cannabis. A likely mechanism for these effects is that the emergence of illicit fentanyl since 2014, which has increased the riskiness of even small positive effects of cannabis legalization on the consumption of opioids.